Veronica will be part of 2018's edition of DELUSION: THE BLUE BLADE, the sixth installment of the Original Interactive Horror Theatre Company! Here the audience is cast as vital players in a living, breathing, interactive experience. http://www.enterdelusion.com/

“The long wait is over as the vanguard of interactive theatre returns with an All New, Original Play from creator Jon Braver titled Delusion: The Blue Blade. The sixth story in the Delusion Universe has guests embark on a live, otherworldly adventure in the vein of Indiana Jones. You must play your part in the most epic theatrical production of its kind. Learn more of the story below as well as visit our website at enterdelusion.com”

Present Day - Los Angeles The world has become erratic since the theft of the Blue Blade; an artifact of unknown origin rumored to give its owner the power to tear through the fabric of space and time. Once held by the Safeguard Society, an elite group of historians, the blade was stolen by Professor Evelyn Lowell... one of their own.

Evelyn went underground and unlocked the mysteries of the blade. For years she ran a black market, amassing wealth by taking clients to other time periods. But as prying eyes grew near, she disappeared. Rumored to be protected by a strange cult.

There have been no leads, until tonight. 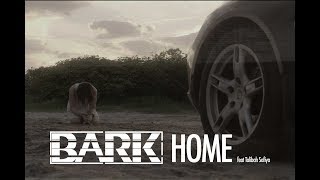 DELUSION: THE BLUE BLADE is SOLD OUT!

Veronica to star in THE SPYGLASS SEVEN